#Baghdad_Women_Association –  Listening and Social Guidance Center in Al-Nasir implemented a voluntary awareness session in Al-Rusafa Vocational Training Center – Al-Rashad on the topic of gender-based violence + ratification of the marriage contract within the project of  “Strengthening Access to Protection, Participation and Services for women Refugees, Internally Displaced People IDPs and women in Host Communities in Iraq “ Funded by the EU Regional Trust Fund in Response to the Syrian Crisis, “MADAD Fund” with the support of Euro Med Feminist Initiative (EFI) on November 5, 2019.

The session was attended by 40 women and included topics of gender-based violence and types of violence (psychological, physical, sexual and economic) and its causes, in addition to the ratification of marriage contract in the Personal Status Law.

At the end of the session, women were given the opportunity to put forward their opinions and suggestions. Women suggested intensifying awareness sessions in the region to promote the status of women and know their rights. 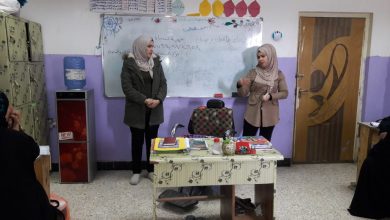 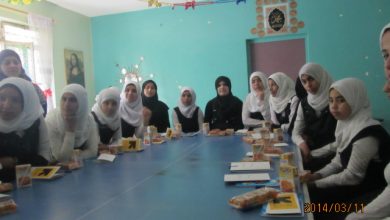 workshops for young girls in schools 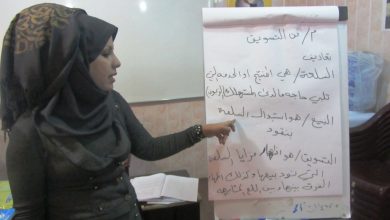