Within the framework of the gender project “Strengthening access to protection, participation and services to women refugees, Internally Displaced People IDPs and host communities in Iraq funded by The European Union Regional Fund in Response to the Syrian Crisis: EU ” MADAD ” Fund and in partnership with EuroMed Feminist Initiative EFI , Baghdad Women Association conducted a training workshop on UNSCR 1325 on women and peace and security on 9th -11th April 2019 in Najaf Governorate. The workshop targeted 20 workers of the psychological support centers for women under the Ministry of Labor and Social Affairs in three locations in Baghdad, Karbala, Najaf and the staff of BWA at the Legal, PSS L&C in Al-Naser and Salahdein.
The workshop focused on the gender equality, the non-discrimination in opportunities and rights, the role of women in the fields of security and peace in the conflict and afterwards, as well as the pillars of the national plan and contingency plan for UNSCR 1325. In addition to other international conventions that reject gender discrimination as the Vienna Convention Beijing. And the Security Council resolutions on the rights of women and girls. The workshop concluded by setting a joint work plan between the centers of the Ministry of Labor and Social Affairs in Baghdad and the governorates of Karbala and Najaf and Baghdad Women Association Centers to provide the best psychological and legal support services for women and girls in Iraq. 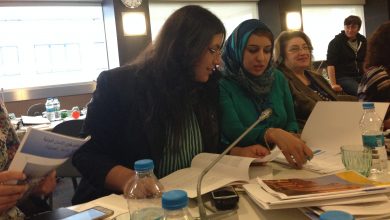 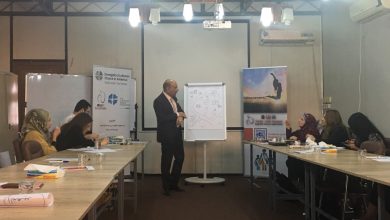 Meeting with community leaders in Karbala Governorate on conflict prevention and the importance of involving women in conflict resolution mechanisms.