Baghdad_Women_Association staff in Mosul’s Listening and Counseking Center implemented social support sessions for men and boys within the project “Promoting the Well being Dignity and safety of conflict affected SGBV Survivors” funded by Norwegian People’s Aid.

46 men attended the sessions over four sessions during February, as the first and third sessions were inside Mosul’s Center on February 6 and 20, titled (First Aid). The session included information on how to deal with urgent medical cases in addition to measuring pressure, dibetes, suffocation, epilepsy and wounds etc. As young volunteers were able to give awareness about the center services and activities that are provided to women and girls, and those for men and boys.

As for the second and fourth sessions, on February 20 and 27, 2020, they were entertaining, as a soccer field was rented to engage in activity, with youth volunteers monitoring the activity, which included awareness about women’s issues and gender-based violence.

One of the most important outputs of the activity was the interaction between the participants and the trainer by answering their multiple questions and making sure that they attracted information and benefited them properly, as one of the beneficiaries stated that he had heard of the association center and refused to let his sister participate in it, but after he participated in the youth activity and entered the center and made sure that it was intended for women only and to benefit them, he realized the effectiveness of the awareness sessions, he then let his sister and mother to participate in it and he was happy about that. 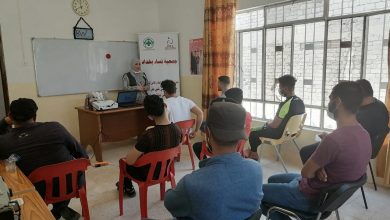 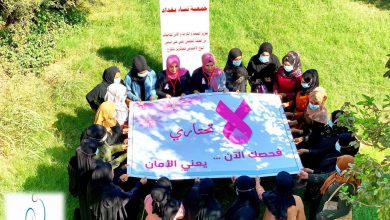