Baghdad Women Association continues to implement the activities of the project “Strengthening access to protection, participation and services for women refugees, Internally Displaced People IDPs and Host Communities “funded by the European Union Regional Trust Fund in Response to the Syrian Crisis, the EU “MADAD “Fund and in partnership with EuroMed Feminist Initiative. The Association implemented a training workshop on “Referral pathway” on 6-8th April 2019 at Al-Najaf and it targeted 20 people working in the psychological support centers for women belonging to the Ministry of Labor and Social Affairs in three locations in Baghdad, Karbala, Najaf and workers in the social and legal listening and counseling center of Baghdad Women Association in Al-Nasr neighborhood and Salahdein governorate.
The workshop focused on the concept of networking and coordination in Baghdad, Karbala and Najaf between government and non-governmental service providers to provide comprehensive and safe services for women survivors of gender-based violence (GBV). The workshop also included topics related to the development of effective communication and leadership skills. The workshop concluded with a plan to facilitate the implementation of meetings on referral plan, which is scheduled to be held in support of women’s centers in the provinces of Baghdad – Karbala – Najaf, Salahdein in completion to the strategy of the project. 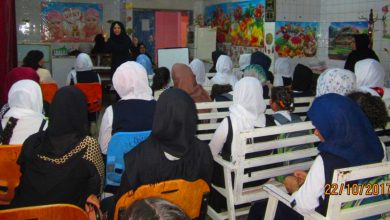 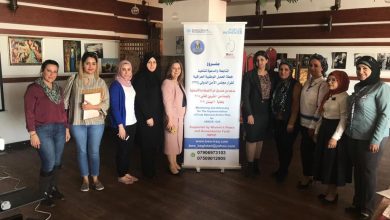 The Third Workshop on Writing – Reports 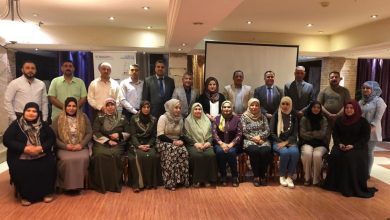