These sessions aimed to educate participants about the concept of gender-based violence and its effects on women and girls in Sinjar district, and how to reduce it. The two sessions included the economic, social and cultural reasons for early marriage, beliefs that lead to early marriage, the effects of early marriage (health, social and economic) and the negative repercussions on the health of girls at early marriage. Also the two sessions on (electronic blackmail), the aim of the two sessions is to educate women and girls about social networking sites and marginalize the customs and traditions that women and girls do not hesitate to complaint the offender and focus on legal procedures in the event that one of the girls or women is exposed, and what are the procedures to prevent falling into the trap of electronic blackmail  and things Which must be taken into account when using the connection such as using secure passwords, choosing friends and copyright. The two sessions 30 beneficiaries (protection from sexual exploitation and abuse) the aim of sessions is to raise awareness among beneficiaries in Sinjar community about violence and protection from sexual exploitation and abuse, and how to reduce it, and how to legally defend oneself from sexual exploitation and abuse. 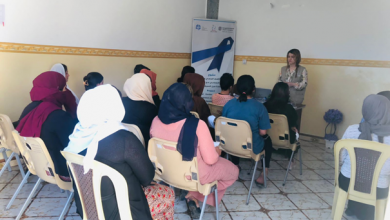 Providing psychosocial support to a number of women and girls 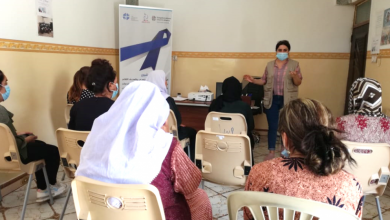 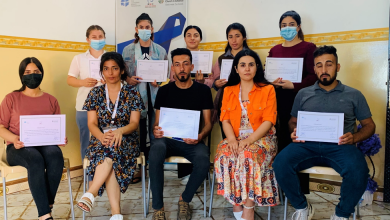