The staff of the project Enhancing Support for Women and Girls Affected by Sexual and Gender-   Based Violence  implemented in Domiz 1 camp and Dohuk, with the support of the Lutheran World Federation(LWF) during the month of September 2021 (6) awareness sessions on various topics, including ) gender-based and sexual violence, and reproductive health, legal awareness, risks of domestic violence and early marriage) for 45 beneficiary refugee, displaced and host community women and girls from Domiz area and Domiz 1 refugee camp and 9 refugee women and girls with special needs in Domiz camp 1, The aim of the sessions was to raise the level of knowledge of women and girls to be more able to protect themselves from all forms of violence and its negative effects on the family, the growth of children, and the dangers of early marriage, and to raise their awareness of their rights in law to become more able and confident to claim their rights , a three-day training workshop on case management gender-based violence issues was organized at Lalash Hall in Sharia. The workshop targeted 21 female volunteers and case workers in the field of women’s protection in organizations and the Sharia Women Union . 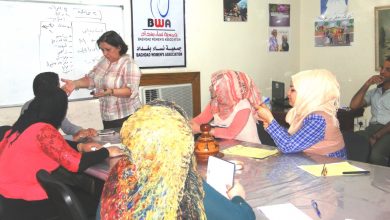 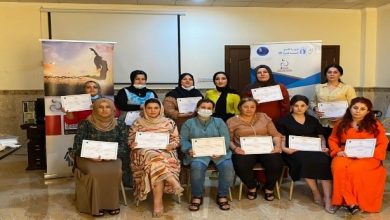 A series of radio spots 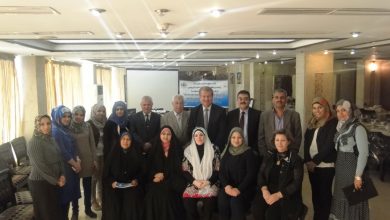