Within the framework of the gender project “Strengthening access to protection, participation and services for women refugees, Internally Displaced People (IDPs) and women in the host communities in Iraq ” funded by the EU Regional Trust Fund in Response to the Syrian Crisis, the EU “MADAD” Fund, Funded by the Euro Med Feminist Initiative (EFI) #Baghdad_Women_Association implemented the a two days awareness sessions on the 21-22 October 2019, at Al-Naser LC the participation of 10 women. During the first day participants were introduced to the definition of violence, violence against women, difference between sex and gender, the violence tree and mentions that the reason is the unbalance of the power, and the types of social roles of men and women. The second day was on reproductive health, which included the definition of family health and the benefits of health care, premarital examination for both sexes and its benefits, personal care, the importance of breastfeeding and the most common diseases for women such as breast cancer. The most important outcomes of the workshop were that women are now aware of how to care about their health and the definition of violence, in addition to spreading the concepts of the workshop to other women and the psychosocial support were given to many women after the session . 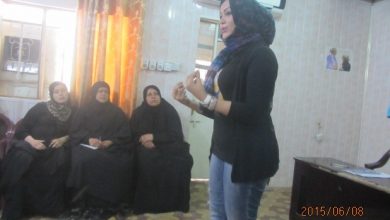 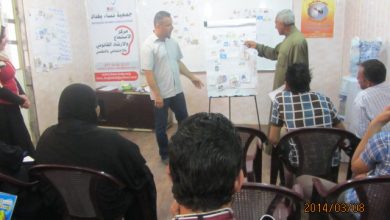 Dialogues of Economic and Social empowerment 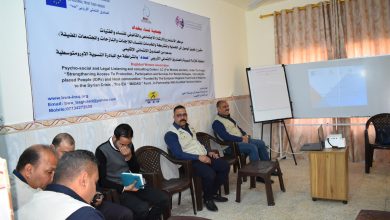 Meeting on the activation of the referral map